Time Flies When You’re Having Fun

Another ski weekend down. Only 13 more to go before closing day.

Is it wrong to say that I am tired? Shhh…don’t tell Mr. B I told you.

Anyways, here’s a little recap of the weekend because I know you are dying to find out what happened:)

A late night drive to the mountains with a supreme pizza from Wazee Supper Club in hand. Poor Mr. B. He had to work until 9pm which wasn’t bad because I caught up on all of my cooking shows before we left. Don’t judge….at least they aren’t soaps! Wait, are they?

Mr. B and I headed to Breckenridge to meet up with some of his family friends for the day. Usually when I hear Breck and skiing in the same sentence I get grumpy. Almost pissy. It’s a long story but I hate skiing Breck. Whoever designed this mountain is an absolute ra-tard. But of course, the day turned out to be EPIC! We skied in powder that was waist deep. Darn you Breck! 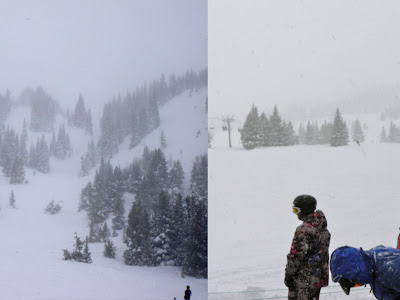 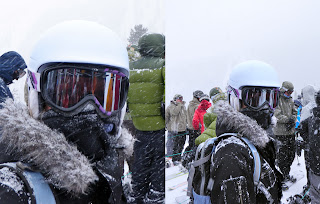 And that folks is what I call a special situation… 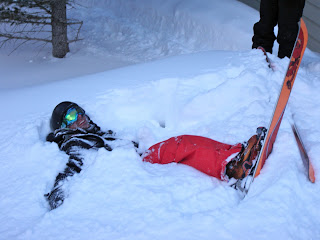 We concluded our Saturday evening with pizza in bed. AGAIN! I am surprised I haven’t turned into the Pizza The Hutt from the movie Spaceballs. Do you think having pizza twice within 24 hours is a bad thing?

Can you say R-E-P-E-A-T? We slept in and headed to Bob’s Place for round two of the Mexican omelet. It was just as delicious as the first time but with less avocado. Bummer.

Given that last weekend it took us 6 hours to get home we decided to try and hit the road early to beat traffic. I kid you not, cars were already starting to back up at the Eisenhower Tunnel by 2:00pm. Have I mentioned that I hate I-70? Every Sunday it’s always one giant cattle call. 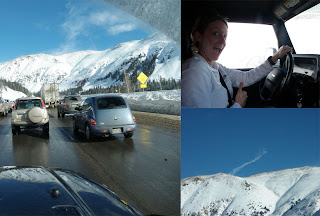 We arrived home around 4pm so the drive only took about 2.5 hours, but I still had to run 12 miles. Did I mention that I am trying to run a marathon? Trying being the keyword. Which marathon am I running you ask? Yep, it’s the same one Miz Gibson is training for… The Big D. I am still working on getting my hip in order but so far so good. 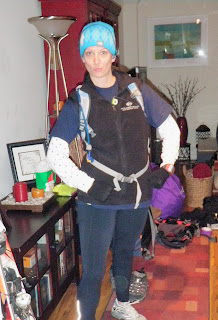 After a giant pep-talk from Mr. B telling me that I would feel better after I finished, I stomped out the door and began my run. It started off fine but miles 4 to 7 were atrocious. My legs and knees were killing me. If Mr. B hadn’t run the last five miles with me, I would have died. Note to self: don’t ski powder and try to run 12 miles the next day.

Now, it’s Monday and I am recovering and doing laundry up to my ears. Can you believe that next week is February?

Where has time gone?

END_OF_DOCUMENT_TOKEN_TO_BE_REPLACED