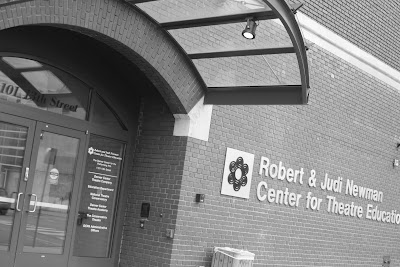 Tonight I started my fourth acting class at the Denver Performing Arts Center (DPAC). For those of you that don’t know, two years ago I started taking acting classes. For me, it was a way to escape the mundane financial world and do something creative. At first, I was apprehensive about the whole process because I thought the classes would be lame or the people would all be crazy. But I was wrong!

The first class that I ever attended was Beginning Acting. I was nervous as hell, but I guess that’s the point when you do something outside your comfort zone. My teacher was phenomenal. She had just returned from San Francisco where she had a small cameo in the movie, Milk, starring Sean Penn. She really pushed our class to understand what it takes to act and to do it well. And I am here to tell you that this class kicked my butt!

From memorizing lines to understanding body movement to voice control, it was like learning another language. I felt so overwhelmed. We spent the majority of the class perfecting scenes from a Broadway play, Four Dogs and a Bone, written by John Patrick Shanley. You might recognize his name from one of his plays that went to film, Doubt, starring Meryl Streep.

Anyways, the character I played was named Brenda, who was a huge ignoramus that wanted to be a movie star (great character to play by the way). We had had five weeks to rehearse a scene from the play with a partner and then act that scene out in front of the whole class. It seriously took me forever to memorize the lines!

We ended up rocking our scene. Our teacher was impressed and told me that I was a natural. Duh, of course I am a natural at playing crazy! After the class was over, I was hooked. I signed up for two more classes: Intermediate and Advanced Acting. More on that later.

When I went to sign up for another class, I wanted to do something different this time. So I decided to try Beginning Commercial Voice Over. In this class I am supposed to learn the “how to’s” of radio and television commercial voice over. I am so flipping excited! I hope I get to do lot’s of impersonations. JAZZ HANDS.

Tonight we didn’t do a whole lot. Just met the teacher and the class, and were introduced to our new BFF for the next 8 weeks… 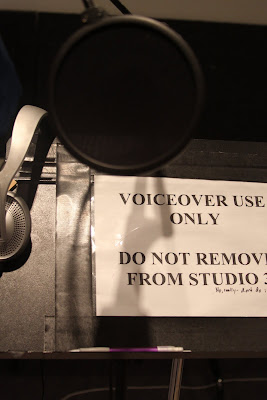 Can’t wait for next week. We are supposed to start recording commercials!

back to school: the finale

catching up and class

back to school: studio

END_OF_DOCUMENT_TOKEN_TO_BE_REPLACED