Have I ever mentioned that I was a cheerleader in seventh grade for 3 months? It was a dark moment in my sports career. I’m just kidding! I enjoyed cheering, but my heart belonged to basketball. Since I couldn’t cheer and shoot hoops at the same time, I eventually quit cheering and played AAU basketball until high school.

What was I supposed to do? You’d think at thirteen I would have had my priorities straight. Everyone knows that cheerleaders get the cute boyfriends. Duh. Why didn’t my fairy godmother tell me to keep cheering? Did she really think that I wanted to look like a tomboy? Geesh.

Alright, enough of my shenanigans.

You want to know if the Muffin’s were victorious tonight, right? Right.

Tonight, we played Balls and Broads.

Okay. I am just going to throw this out there, but when is it ever acceptable to wear wife beaters as a team uniform? Better yet, wife beaters with spandex shorts. WTF? I honestly can’t believe that this team got together and decided, yep this outfit is going to be brilliant. Do you see Elvis? Does he tell you to do things? Do you see spots? 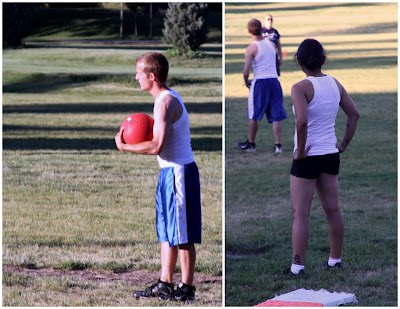 We led the entire game! Our kicking skills have greatly improved over the last four seasons. Don’t judge. Better late then never.
The opposing team was pretty harmless except when I was running from first to second and the jackass center fielder was in my running path so I had to shove him out of my way. Hello stupid, you can’t block the runner!
The final score ended up being 10 -2 and we’re still undefeated. Go Muffin’s! 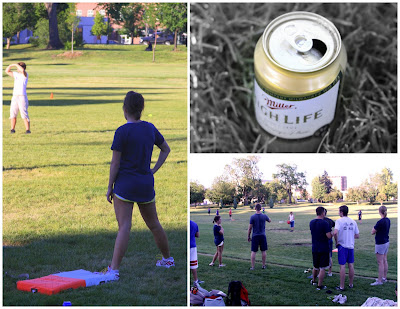 Afterwards we headed to Moe’s.
I drank the usual, a cold Dale’s Pale Ale. 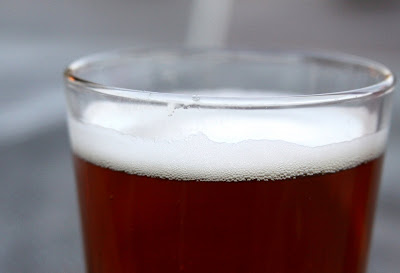 I ordered the kids pulled pork sandwich with mac and cheese again, only this time I added a piece of jalapeno cornbread to the mix. I didn’t end up eating the mac and cheese because the cornbread was delicious! 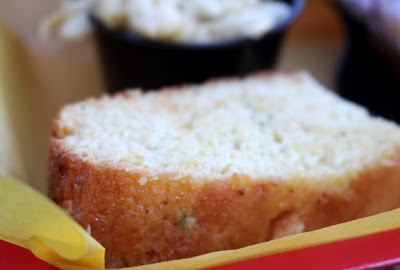 I headed home early because I wasn’t feeling too great. I ran before kickball because the weather was perfect, but I think I am just tired. Plus, I miss Mr. B.
Goodnight!
Kickball
1 Comment »