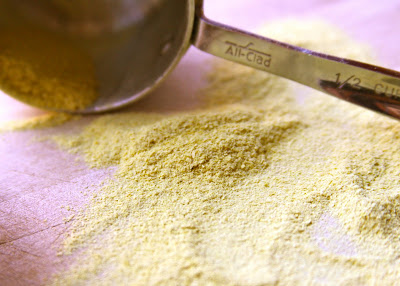 What images come to mind when you hear these words?

My image consisted not of food, but more of a medical ointment that is specific for a woman. You know, for your unmentionable.

I know, I know. My mind is so random and a little rank.

But nevertheless, I am here to tell you that nutritional yeast is not a medical ointment. Whew.

Nutritional yeast is a dessicated yeast, meaning it’s a fungus. Hmmm. This scientist guy named Louis Pasteur found a way to isolate yeast in pure culture form by mixing sugarcane and beet molasses for a period of seven days. He then harvested, washed, dried and packaged it. It’s kind of like how God made the world in seven days only this guy made nutritional yeast. Okay, maybe that’s a strong comparison, but you get the idea. 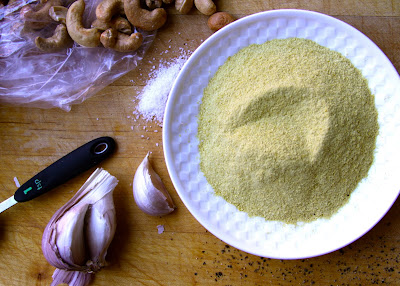 I found out about nutritional yeast while reading Oh She Glows, a blog about Vegan recipes, by Angela Liddon. I am not a Vegan, but I am curious about the food that a Vegan eats. As I was searching Angela’s site I came across this recipe for a cheese sauce. Hmmm. How is that possible? Vegan’s can’t eat cheese.

However,  Angela explained that she used nutritional yeast and that the flakes actually taste cheesy. OMG. Who knew? I also found out that nutritional yeast is a great source of protein and vitamins, especially B12.

So I was curious as hell to find out if this so called “vegan cheese sauce” was legit.

I bought the nutritional yeast from the bulk bins at Whole Foods (super cheap, FYI). This sauce has nine raw ingredients and most of these ingredients you already have in your pantry. Brilliant. 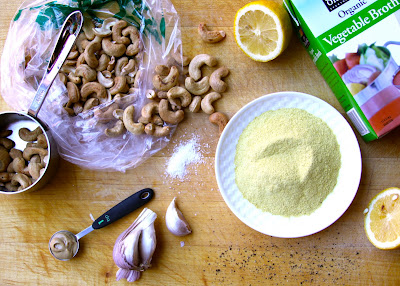 To make the cheese sauce, process all nine ingredients in a food processor until smooth. Soooo easy. 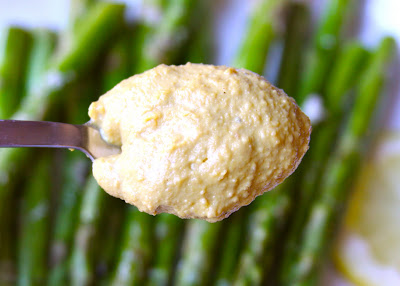 I seriously could not believe it. It tasted like an earthy Velveeta cheese sauce. I roasted some asparagus to give it a try with vegetables; winner, winner, tofu dinner! (I couldn’t help myself.) 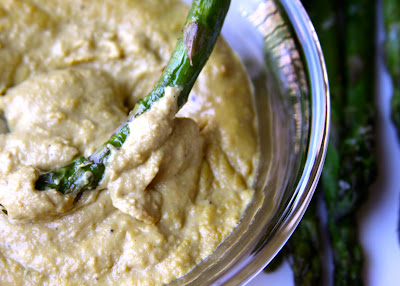 After creating this recipe, I definitely have a greater respect for Vegan food. It doesn’t have to be blah, bland and questionable. You just have to be creative much like Louis Pasteur.

(recipe  from Oh She Glows)

Directions:
Add cashews into the food processor and process until fine crumbs, about a couple of pulses. Be careful not to over-process. Add in the rest of the ingredients and pulse until well combined! Get to dipping! 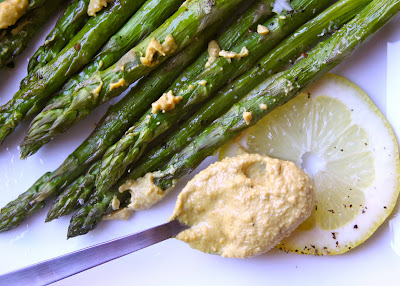