falling into the weekend

Can you believe it?

In case you missed my list of reasons on why I luuuuuv October check this post out. It’s fierce.

Anyways, besides my excitement for October, I am pumped that the weekend is here. Even though Mr.B and I both had the day off yesterday, we had to spend sometime working. Errr. At least we were working from home because then I was able to get stuff done around the apartment.

After we got all of our crap done for the day, we headed over to Lehman’s around 7ish for Jerad’s going away party. He is leaving for Wyoming on Monday for a new job. Sad face:(

But the best way to send someone off: keg + flippy cup = epic party! 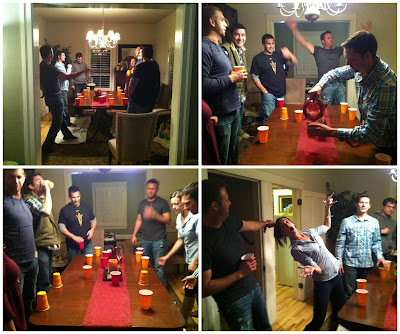 Um, I haven’t drank from a keg since college. I remember going to huge parties and the keg would always be in the corner, and you would have to fight to get your cup filled. Being an eighteen year old it was all the rage, but now, I am glad we have matured. Well, at least a little. 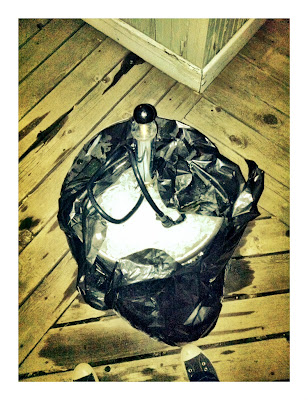 Jerad we will miss you!

This morning Mr. B was out the door early because he was attending a charity clay shoot in Fort Collins. I took the morning to eat a delicious breakfast and snag a quick pedicure. After Aspen my feet were looking a little hobbity. 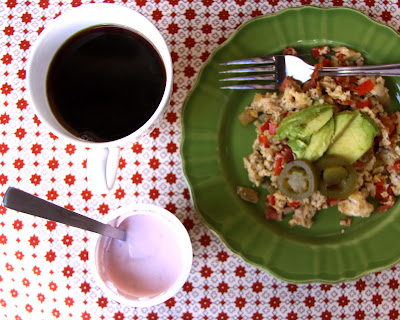 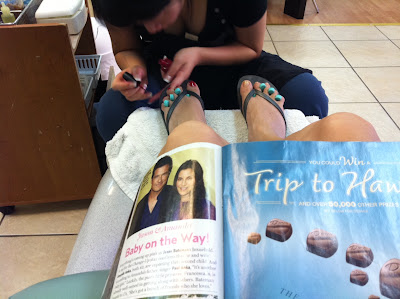 Then I headed over to the Lehman’s to meet Listy, Chance, Max, and Reece (Listy was babysitting her for the day) in attempt to watch the K-State/Baylor game. Oh yeah, ABC blacked out the Colorado market. Who does that?

We thought we might be able to stream the game in via ESPN3 on their computer, but no bueno. So Listy made an executive decision to take the whole gang to the K-State watch party at Highland Tap and Burger. 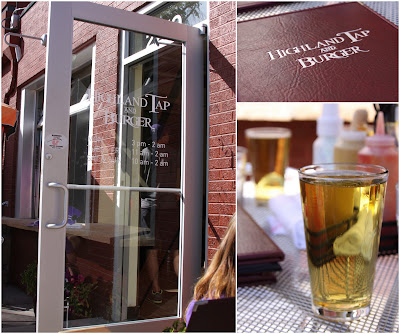 Previous watch parties were held at Wyman’s, which was a small, hole in the wall pub. The service was terrible, not enough T.V’s and the food would put you into a coma.

Well my friends, we got a major upgrade. Highland Tap and Burger is super fetch. They had tons of T.V’s, seating, the food was amazing (duck fat fries…booyah!), and Dale’s Pale Ale. This is now one of  my happy places. 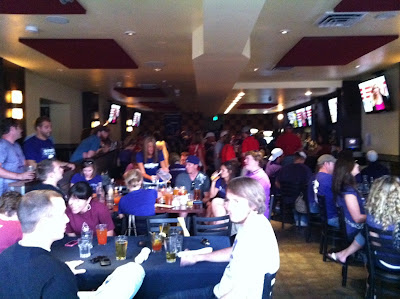 But I must tell you, as I was sitting down ready to devour our delish food, Mr.B called me and said that he needed me to meet him 20 minutes north of Denver because he was almost out of gas. Now, you’re probably asking yourself, why? Well, he accidentally left his wallet in my purse from last night and forget to take it out. Ooops!

I bolted from the watch party and made it to him just in time. Even though I was extremely annoyed, I am glad that everything worked out because we arrived back at Highland Tap Bar with 5 minutes to go in the game! Best five minutes ever! Congrats to our Kitties! 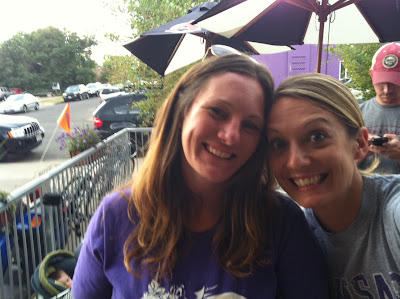 After the game we headed home to regroup, and then we were off to the Lehamn’s to try and put this keg to rest.  We still have a looooong way to go. Hmmm…I wonder what I’ll be doing next week?

I hope you had a fantastic Saturday.

END_OF_DOCUMENT_TOKEN_TO_BE_REPLACED