Can I just tell you that I am having the BEST weekend with Mr. B?

Mr. B and I have spent the past twenty-four hours on what I would call a never-ending-date-night-weekend. Hmm, I wonder if that makes any sense? Eh.

It all started on Thursday night when we had dinner at the Coral Room. This place was very cozy and chill. Just what we needed after a crazy work week.

Friday morning we headed to Buchi Cafe Cubano for a little Cuban coffee and breakfast sandwiches. I haven’t had Cuban coffee since I was in high school when my family and I went to Miami. Remind me to tell you some stories from that trip (just picture a white family from Kansas strolling South Beach. Hysterical).

If you’ve never had Cuban coffee, definitely go for the full Cafe Con Leche. It’s heaven in a mug. 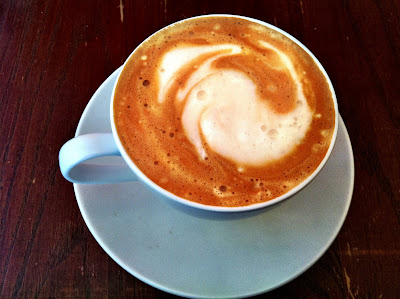 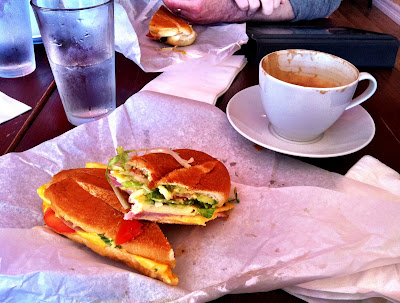 After our adventure to Cuba, we headed home to watch last seasons episodes of Gold Rush because we wanted to get caught up for last nights season premiere. This show is epic by the way. It’s a must watch.

Since the weather was gorgeous outside, we decided to walk/jog around Wash Park. There was still a good amount of snow on the ground, but it was absolutely breathtaking with all the fall foliage around. 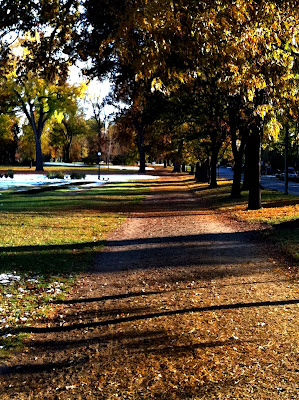 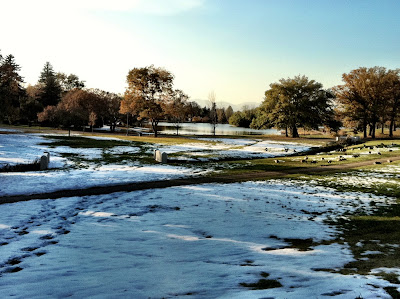 When we were done with our jog, we stopped by the grocery store to pick up a few items to make dinner. Both of us were craving something light. Mr. B thought of a brilliant idea of making a salad topped with slices of flank steak. It was delicious. In my opinion, there’s nothing sexier than a man cooking dinner for the woman he loves.

We slept in this morning and decided to stroll to the Market to grab coffee and breakfast. Mr. B ordered his usual breakfast burrito, and I, an egg sandwich.

I’m telling ya, there’s nothing better than bacon and cheese. 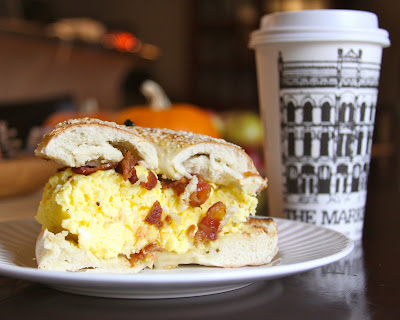 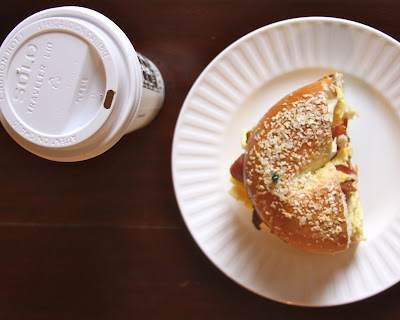 Since everyone in our Denver crew was out of town, we decided to watch the game at home. Even though Gameday should have been in Manhattan, it was nice to see Eric Stonestreet represent. 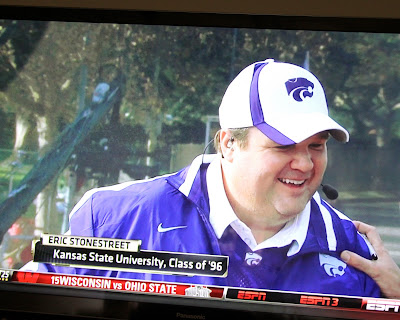 The best line he had on the show was probably when Herbstreet asked him who would win the Michigan State, Nebraska game. He replied, Michigan State. Nebraska is dead to me. Go Big 12!
Epic.
I had high hopes for this game, but sadly, OU was the better team. I am still so proud of our Kitties. I think to come this far in the season and be 7-1, still deserves a huge pat on the back.
After the game, I decided to go for jog. I was only planning on running the 3 mile loop around our apartment, but I ended up running 5. Ooops.  I did find the last possible red leaf on the running path. Does this not look like a leaf that would come out of a Bob Ross painting? 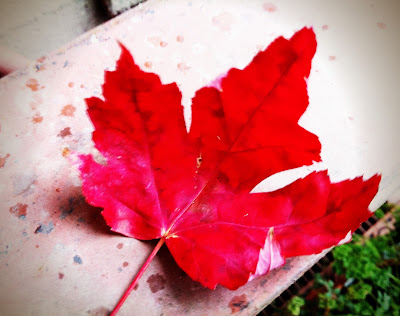 Once I got cleaned up, I thought we might go out for a beer, but that wasn’t gonna happen. The Stanford / USC game was way too close to turn off, so we watched all three over times and then moved right into Black Swan.  Red wine, football and ballet.  Best day ever? 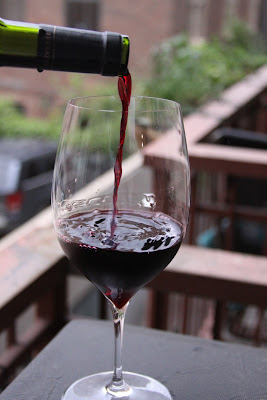 I hope you’re having a good weekend so far.
Tomorrow Mr. B has BIG plans for us. JAZZ hands.
Peace!
Denver, Denver Restaurants, KSU
0 Comments »