Did you get lots of goodies in your trick-or-treat bag?

I definitely had my fair share of candy today. Whoa, baby!

I have been bouncing off the walls all day today. Can you say sugar high? From candy at work to bowls full for trick-or-treaters, it was definitely a day filled with sugary delights.

But given that I am not a huge fan of sweets (don’t judge), if I had to choose a favorite piece of candy it would be, Dots. Dude, Dots are where it’s at! There’s something about their gumdrop appearance that makes me smile. Even though it takes at least a minute to chew threw one of them, I still find happiness when I consume the lime, cherry, and strawberry flavored gumdrops. Let’s be honest, no one eats the lemon or orange flavored ones. Gross.

Since I didn’t dress up this year, I thought I would share another picture of me as a kid in a Halloween costume. If I remember right, I was six years old when this picture was taken. The princess “look” was all the rage in 1989. 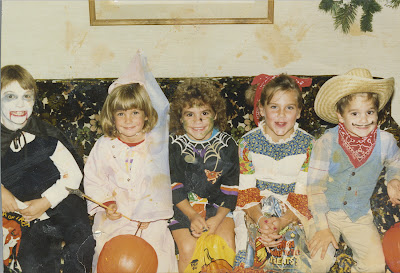 Ahhhh…to be a kid again. The excitement of dressing up as your favorite action hero or fairy princess to the anticipation of going door to door collecting candy that would last you an entire year (oh yes, I was that kid), it was all so magical.

My work outfit for today was certainly inspired by the Halloween spirit. 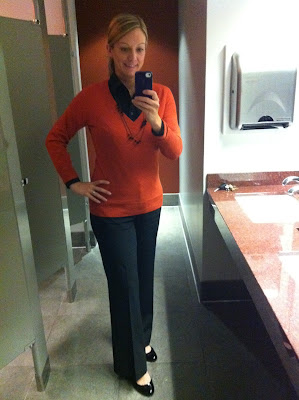 I had to run a couple of errands after work. I hate when I wait until the last minute to do stuff because when I am pressed for time, I get real cranky. Luckily I only had to make two stops: Target and Whole Foods.

Once I was done with my errands, I grabbed my broomstick and flew over to Drew and Tina’s. Okay, I didn’t really fly on a broomstick, but it would have made things a lot easier because traffic was a nightmare.

Since Drew and Tina live in an actual neighborhood, they invited the Lehman’s, Megan, AC, and us over for dinner.

AC was hysterical and dressed up like the Allstate Mayhem Guy. Epic, I tell ya. 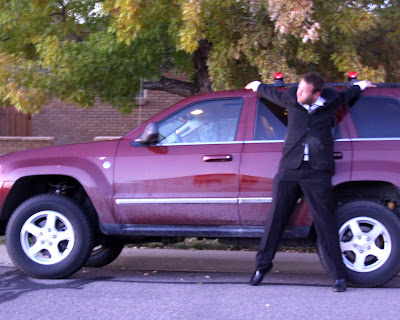 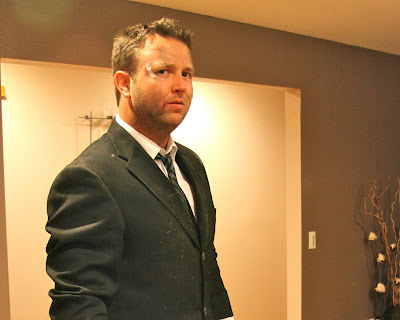 Tina is a phenomenal cook. She whipped up one of my childhood favorites, sloppy joes! Next to chili, this is best thing to eat before you hit the streets looking for candy.

Sloppy joes also remind me of the scene from Billy Madison where the cafeteria lady cackles and says, “Have some more sloppy joes. I know how you kids like them extra sloppy.” Billy replies, “Lady you’re scaring us.” Completely brilliant. 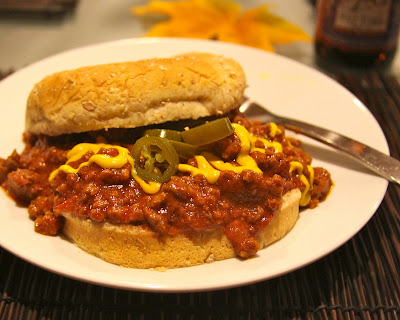 Anyways, after we devoured the delicious sloppy joes, we enjoyed a few adult cocktails, while we took photos of Callie and Chance.

Aren’t they the cutest? Callie was a lobster, and Chance was an Angry Bird. Love. 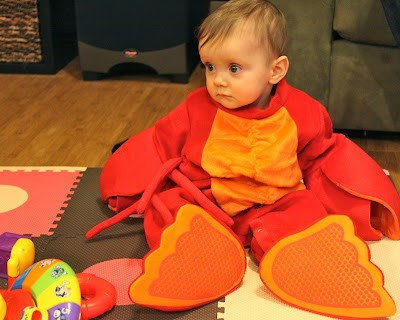 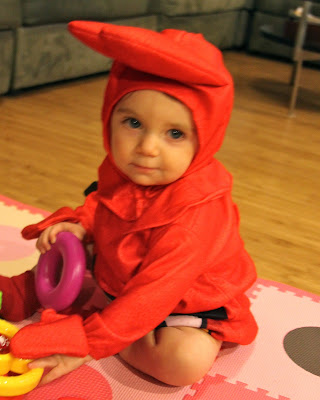 Tina actually ended up running out of candy pretty early. There were a ton of trick-or-treaters out trolling  the streets. Although, I did see a couple of teenagers that probably shouldn’t have been out asking for candy.
I’m thinking sixteen is the cutoff. If you can drive, than trick-or-treating shouldn’t be allowed. Am I right? Right.
I hope everyone had a FANGtastic Halloween! 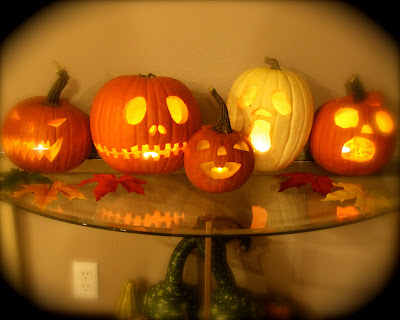 getting through the hump

life in the present