I hardly slept a wink last night.
I blame the sugar plums dancing in my head. Those darn things get wild this time of year.
Even though I am dog-tired and have a million things to do, I am going to make an effort to not be a grump. No one likes a grumpy-grumperton, especially around Christmas time. I’ll leave the grouchiness to Scrooge and the Grinch.
So let’s talk about something fun….like this morning’s breakfast!
Oh come on, I promise it won’t be boring.
Lately Mr. B and I have been eating more oats for breakfast (we’re real wild around here) in an effort to be healthier. Don’t get me wrong, I luvvvv me some eggs and bacon in the morning, but that’s not necessarily good for the ol’ ticker. Anyway,we pretty much make oats the same way every day via the smoothie route. But with my stomach attention span like that of a five year old, I needed to mix things up. I searched a couple of websites for ideas and found this recipe for whipped banana oatmeal.
The only way to describe these oats are in the words of Scarlet O’Hara , “I do declare.” 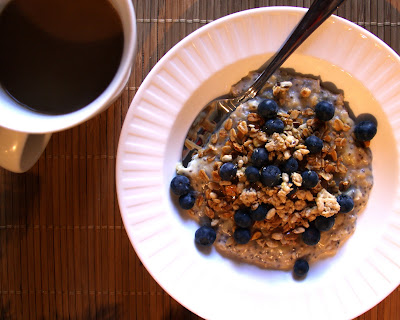 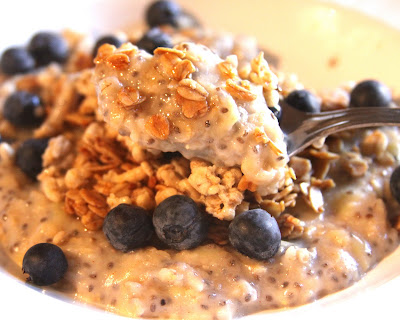 Whipped Banana Oatmeal
Ingredients:
1/3 cup old fashioned oats
1/3 cup milk
1/2 cup water 1/2 a banana, sliced
1 tablespoon chia seeds
Pinch of kosher salt
Pinch of cinnamon
Directions:
For two servings, start by combining rolled oats, water, and milk in a saucepan over medium heat. Slice a banana into VERY thin pieces, leaving just a few bigger chunks. Walk away for a few minutes while the oatmeal heats. Once it begins to steam or bubble, stir vigorously at times to “whip” the banana into the oats. The oats will take about 5 minutes on medium heat from start to finish to fully absorb the liquid. Stir in the cinnamon and portion into bowls. Add any toppings your heart desires!
Todays work outfit reminded me of Mr.B. Did you know that he hates turtlenecks? Yep. Every time I wear one, he immediately feels like he’s suffocating. Weird. Do you like turtlenecks? Or are turtlenecks like cilantro, you either love it or hate it? 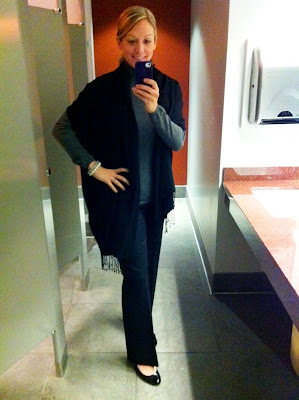 Gray turtleneck: Gap
Black pants: Express
Black pumps: Steve Madden
Black wrap: Uncle Nordies
Pearl and Silver bracelet: Dillards
I practically sprinted to Wash Park after work. I was in desperate need of a runner’s high. Good thing I waited until this afternoon to run because it was sunny and warm. That’s why living in Colorado is so amazing. One day it’s dumping snow, the next, sunshine and lollipops.
Overall, not a great run, but I really needed some quiet time.  A chance to sort through a bunch of things without any interruptions. 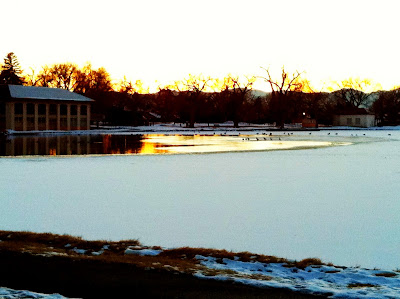 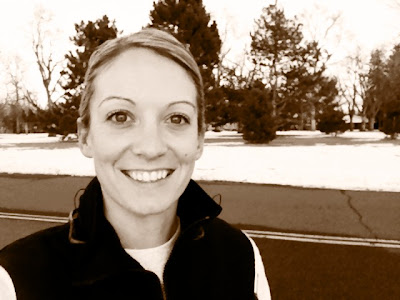 Once home I dashed to the alteration lady to pick up a pair of jeans that I had hemmed, and then it was pedicure time! I am not kidding when I say that my feet resembled that of a Hobbit (maybe even worse). I knew that I couldn’t have grotesque looking feet while we are strolling the beaches in San Diego, so I made myself an appointment.
I swear there’s nothing better than have your feet worked on, it’s sheer bliss I tell ya. 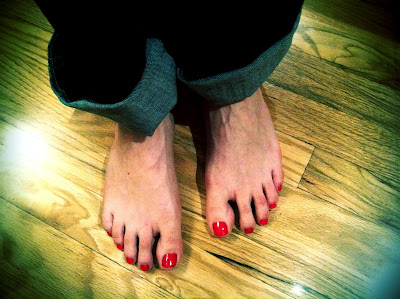 Dinner tonight was easy peasy. I threw some chicken drumsticks on a baking sheet, slathered them in my favorite barbecue sauce (Stubs), and baked them at 400 degrees for 45 minutes. It was finger lickin’ good. 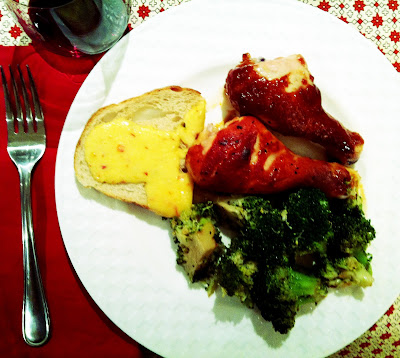 After dinner I decided to surprise Mr. B early with his ornament. Every year we give each other ornaments, and last year Mr. B gave me this guy. Hysterical. This year I thought to pay homage to his CGM persona… 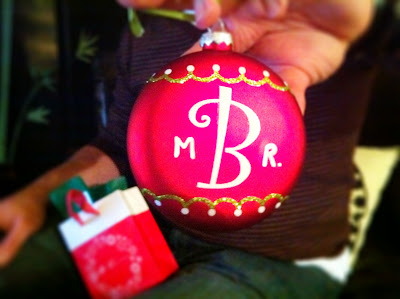 Alright, I am off to snuggle on the couch with the hubby. We need to catch up on some Mad Men.

seeing in the dark

END_OF_DOCUMENT_TOKEN_TO_BE_REPLACED