posted by Lauren | 3 Comments »
The first weekend in 2012 has come to an end.
Only 51 more to go.
Doesn’t that seem like a lot?
But let’s not worry about counting down the rest of the year just yet. After all, we are still fresh off the New Year buzz.
This weekend…surprise, surprise…we did not escape to the mountains. Shocking, I know. Instead, Mr. B and I enjoyed the comforts of our apartment and took the weekend off. I’m still battling a head cold and Mr. B, well….he leaves for Hobbs, New Mexico tomorrow (sigh) so we decided rest and relaxation would the focus of our weekend. And that we did.
Friday night, as my head cold was at it’s peak and possibly running a slight temperature, we decided to cheer on our Wildcats from our brown leather couch. Mr. B and I almost tempted ourselves into traveling down to Dallas to watch the Cotton Bowl, but felt money wise, it wasn’t worth it. Besides, if you haven’t heard, HD is the cat’s meow. Word. 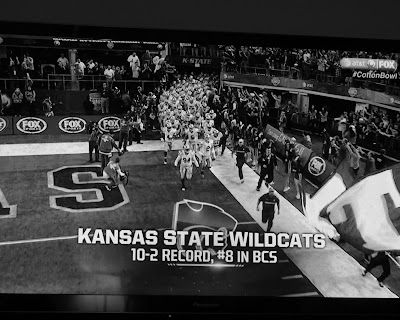 To enhance our game day experience Mr. B whipped up his special chili. There’s nothing sexier than a man cooking a meal for the woman he loves, especially when said woman was under the weather.
Cue:…Ahhhhhhh. 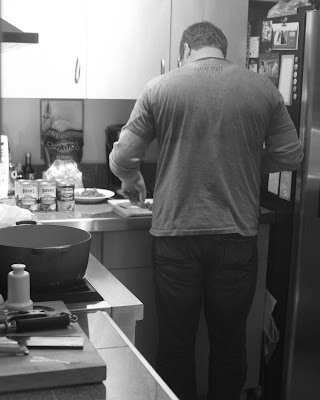 The game was far from pretty. Arkansas jumped out to an early lead. Luckily our defense kept them from running up the scoreboard, but with our offense not firing on all four cylinders, we couldn’t connect all the dots.

Not even a rally beer from yours truly could get their engines fired up. Sadly, we lost. Tear. 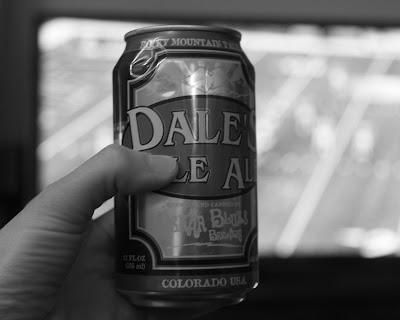 Saturday, after a ten hour sleep, I managed to muster up some strength and went to boot camp. Jennifer had us doing an upper body strengthening in intervals. You know, push ups for a minute followed by bicep curls, then military press, and so on. I thought I would have felt like crap during the entire workout, but when I finished, I felt surprisingly refreshed.
After boot camp, Mr. B and I headed to Duo for brunch. In my opinion, Duo is the best brunch spot in Denver. Period. All of their food is organic and local, and full of seasonal flavors. Plus, I love the ascetic of the place – rustic meets homey chic. 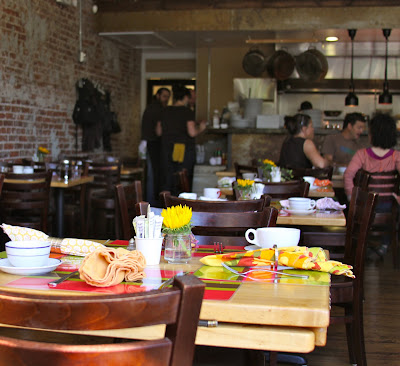 We always order a cup of French press coffee and a basket of homemade breads first. The basket was filled with miniature chocolate scones, pumpkin, carrot, and lemon muffins. My favorite this time around was the pumpkin. I don’t know how they managed to make the muffin crunchy on the outside, and soft in the middle, but is sure was heaven on a plate. 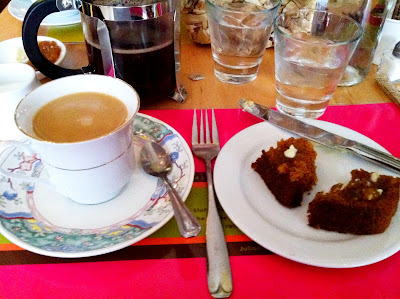 Mr. B went with the pork hash with spinach, caramelized onions, roasted tomatoes, crispy potatoes and sunnyside up eggs – he gave it two thumbs up! 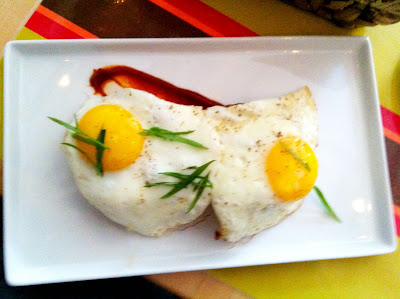 I ordered the cider glazed pork Benedict with grilled sourdough bread, whole grain mustard cream sauce, and crispy potatoes. I may have actually died twice during my meal. It was that good. 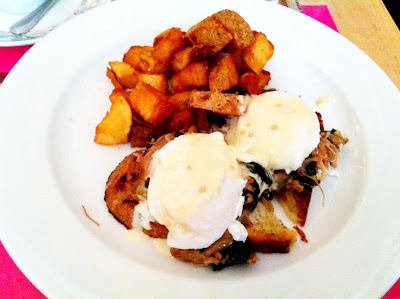 After brunch, we landed back on the brown leather couch. I needed to rest, and the K-State Men’s basketball team was playing Mizzou. I am happy to report that the men have redeemed themselves after Wednesday’s embarrassing loss to KU. The Cats ended up beating Mizzou 75-59. EMAW, baby.
The afternoon breezed by and Denver even received a dusting of snow as the sun was about to set. You gotta love January. Thursday it was beaming rays of sunshine with temperatures near 70, and yesterday, old man winter marks his territory again.
Saturday evening we strolled to Blake Street Tavern to say hello to some of the Denver village. It was nice to get out of the house and breathe in some fresh air (even if it was twenty degrees outside). We had one drink with the village and bid farewell.  Our stomachs were growling and needed food stat. We stopped at Jax’s on the way back for oysters and salmon. It hit the spot.
For some reason Mr. B and I ended our evening using these… 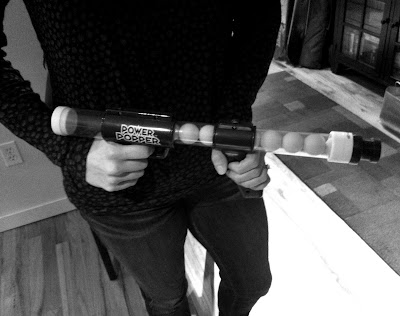 This morning we woke up early. Mr. B’s flight leaves at 6am tomorrow and figured if we slept in there was no way he would fall asleep tonight.
We went through the usual Sunday morning routine.
Coffee. Egg sandwich. Catching up on the DVR. Do you watch Flying Wild Alaska on Discovery People in Alaska are crazy! Who lives in a town with no running water?!! 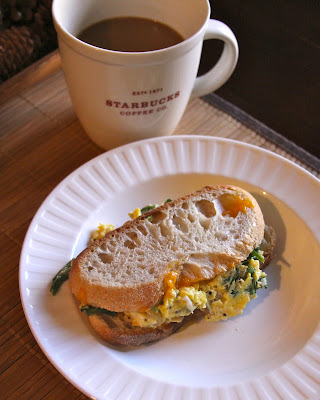 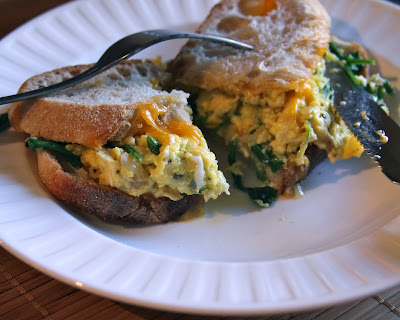 After breakfast, the plan was to run a few errands and then head to Cook’s to watch the Bronco’s game. The Denver village was getting together to root on the hero of the Mile High City, Tim Tebow. But as our morning drifted into the afternoon, suddenly time was not on our side.
We went from REI to Sports Authority to Nordstroms to Whole Foods, and still had laundry to do! Poor Mr.B. Trying to leave town when there is a zillion things to do is not a good feeling. Good thing he accomplished darn near everything so we could relax, eat dinner and watch the Kings Speech.
Dinner tonight was courtesy of Whole Foods hot bar – turkey sausage and read beans with cornbread washed down with a small glass of red wine. 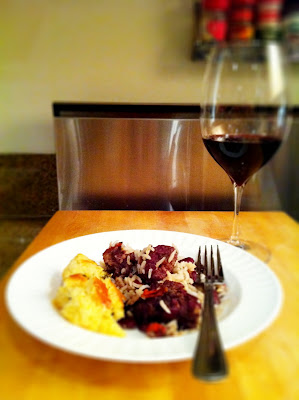 After dinner I helped Mr. B pack. I hate when he leaves because that means I don’t sleep well and I get lonely. What can I say, I love the guy.
Anyways, I hope you had a wonderful weekend. See you tomorrow!
Denver Restaurants, KSU
3 Comments » falling into the weekend