Did you happen to watch The Bachelor last night by chance?
If you did, W.T.F?
Okay, I haven’t watched the show since the good ol’ college days (can you believe the show has been on for that long? yikes). Every Monday evening, my sorority sisters and I would gather around the one large T.V. at the Gamma Phi house in great anticipation to watch extravagant dates, awkward kissing scenes, and the rose ceremony. It was an hour of sheer craziness and laughter. 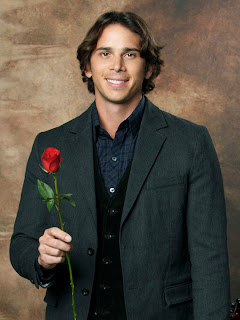 As I was sitting on the couch last night, catching up on the blog world, I decided to put The Bachelor on for some background noise. After all, Mr. B was out of town and I honestly thought I wouldn’t pay attention. My friends, that was far from case. As soon as I saw the bachelor, I asked myself, “Why is this guy on the show? He’s sooo not cute.” Which then led to, “I wonder if the girls they picked for the show are cute?” (apparently I think looks matter). Then that led to, “Why are they acting out a play with costumes?” Followed by, “That Blakely girl is effing nuts!” And finally two hours later, “Duh, he didn’t pick you Jenna because you’re crazy town and said you’re more like a guy!”
And that my friends is how I spent my Monday evening – embarrassed, glad that I’m not a “VIP Waitress, and thankful I met the love of my life at college. Now I know why the show has been on for so long. It’s like going to the State Fair, you only go to people watch and for reassurance that your normal!
Moving on.
I felt sluggish all day. I could barely keep my eyeballs open. I drank at least a gallon and a half of coffee this morning and that didn’t even perk me up. 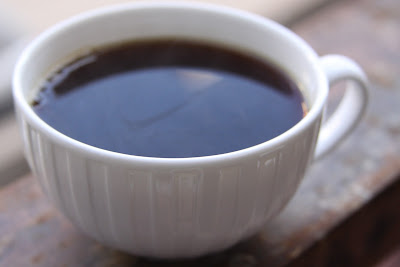 You could imagine how my work day proceeded. Yawn…type,type…YAWWWN..type, type. Did I just make you yawn by spelling the word yawn? Sorry. My work outfit today was nothing fancy. Just a little black and blue action. 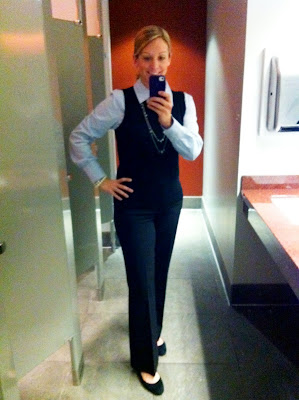 Black vest: Banana Republic
Blue oxford: Old Navy
Black Pants: Express
Flats: Gianni Bini
Necklace: Uncle Nordies
Since the Denver area is supposed to get snow tomorrow, I decided to take full advantage of the park today after work. Ahhhh….sun, you make me feel world’s better. Oh look, another picture of Wash Park. How did that get in there? 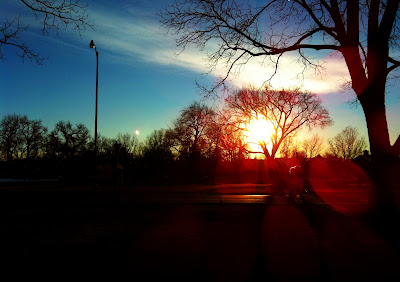 After my run, I hurried home because the K-State men’s basketball team was playing at 6pm and I wanted to see if it was on T.V. They were playing the Baylor Bears who are ranked #4 in the country! Sadly, the game was not on T.V. So I just listened to the game via the “internets” while I made dinner and cleaned around the apartment. 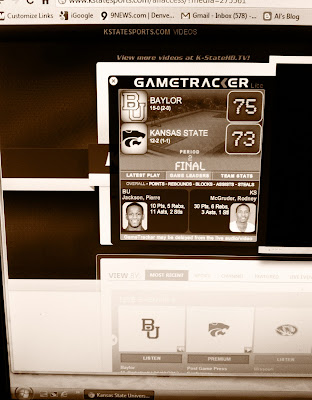 The Kitties lost by two. Tear.

Now I am off to read. Hunger Games is getting really good!