What’s shakin’?
Can you believe it’s Thursday already? Crazy town, right?
Besides missing Mr. B (did I forget to mention that he has been in Wyoming for the past two days?), plotting revenge on our unce-unce neighbor, and putting Alka-Seltzer down the toilet for shear research, this week hasn’t been too shabby.
I made a list of stuff that needs to be donated to the Goodwill (read: spring cleaning list is in full effect). I had time to research recipes for the upcoming Salad Week that I am doing with a bunch of other bloggers.  And the best part, I had time to READ Hunger Games!

Even though this week was exactly what I needed, I am really looking forward to this weekend because duh, it’s St. Paddy’s Day! We are heading up to Winter Park tomorrow night with the Lehman’s because Listy won a two-night free stay at Winter Park Resorts through a drawing and was kind enough to invite us along for the weekend. 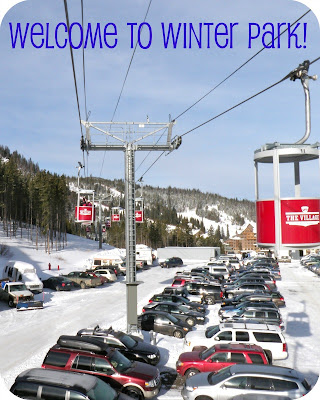 Listy is not only an amazing and gracious friend, but she is without a doubt the luckiest person I have ever met. Have I have ever told you about the time Listy won a free trip Alaska? Yep. Last summer Max and her rode in a helicopter, stayed at some ten-star resort, and fly fished for an entire week! Do wha? Exactly. I keep telling her that she should play the lottery because she would totally win the Powerball Jackpot and then we could all share a mansion. See, what are friends for?

And speaking of jackpot! Our Kitties survived the first round of the big dance. Phew. They took on the Southern Mississippi Golden Eagles this morning and ending up beating them 70-64. Yippee! The game wasn’t on TV so once again I had to follow the game via Twitter( for the record, I seriously don’t know what I would do without Twitter). The next game isn’t until Saturday, but I’m pretty sure we’ll be playing Syracuse who is ranked number one. Oh the joy.
Ooohh before I forget, let me tell you about my work outfit for today. We are definitely between seasons right as far as fashion is concerned. One day it’s seventy and sunny, the next it’s dumping snow. Today I thought I kept a nice balance between winter and spring – sweater with khaki’s and the best thing on this planet, NUDE PUMPS. What do you think? 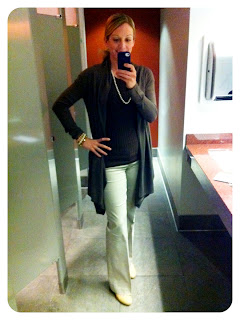 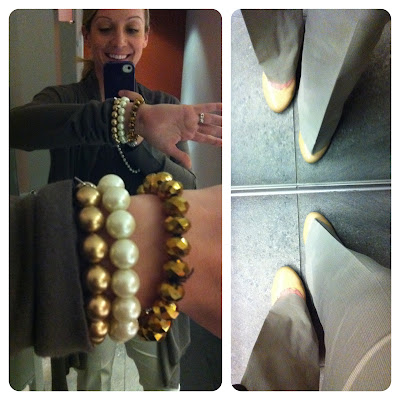 Khaki’s: Banana Republic
Brown sweater: Gap
Brown wrap: BCBG
Nude pumps: Steve Madden
Gold bracelets: Dillards
Pearl necklace: Gft
After work I had a bazillion errands to run – wash the car, bank, Uncle Nordies (Callie’s bday is on Sunday!), Target, Whole Foods, and World Market. Would you believe me if I told you I got all of this done in an hour an a half? I was on a mission, people.
I made it home just in time because Mr. B walked in the door 2.2 seconds after me.
And now we’re off to catch up on life and do a little pre-partying before Saturday. 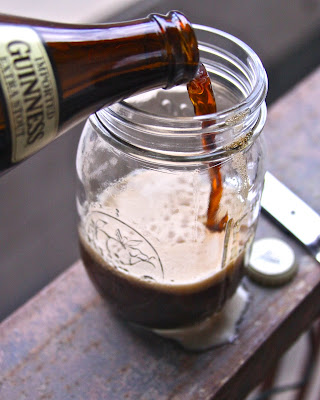