It’s truly amazing the difference a week can make in marathon training.

I mentioned last week that I went into full on freak out mode about the possibility of developing planters fasciitis. I spent everyday rolling and stretching like a crazy person! I was bound and determined to get my legs and feet back on the right track.
Well, I’m keeping my fingers crossed, but I think I am healing. My calf’s don’t feel nearly as tight and my feet are wayyyy less tender. Hopefully things will turn around because the thought of not being able to run Chicago makes me want to cry!
And cue recap…
Chicago Marathon Training Recap: Week Four
Monday: Rest.
Tuesday: 3 miles – I switched up two things on this run. The first, shoes. During my training for the Big D last year, I bought a pair of running shoes that were a half size bigger than my regular shoe size. The running Gods tell you to buy a half size bigger because your feet swell and need more room to move. Well, I wore them for a bit, but eventually gave them up because they felt like clown shoes. However, out of sheer desperation, I decided to put on the clown shoes and give them a go. OMG. The padding felt amazing on the ol’ feet. Clearly, I need to buy new running shoes ASAP. The second thing I switched up, running route. Mr. B told me to venture to a path that is less hilly. Apparently I have been running up hill on all of my short runs! No wonder my feet and calfs are angry. I don’t know if both of these changes are going to help in the long run, but for now, it seems to be working. 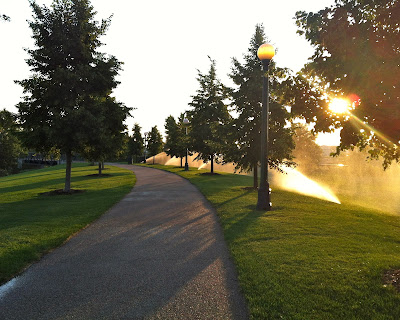 Wednesday: 4 miles –  Phew. No sprinting required at kickball because the other team forfeited, which meant, my legs were nice and rested for this run. The only problem I ran into, I couldn’t run fast enough. Mentally that is. I was leaving for Kansas City and had a zillion things to do before my flight. Other than that, my legs and feet felt great! Oh, and I was reminded to always say…. 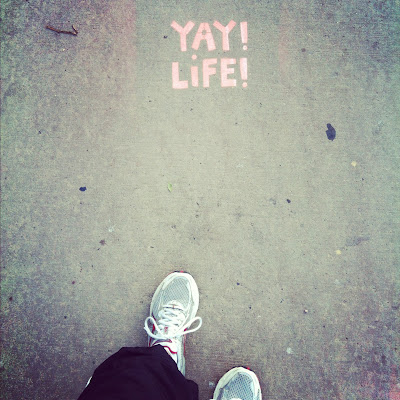 Thursday: Rest.
Friday: 9 miles – Whoa. This run was absolute bananas. I switched up my long run because I had a wedding to attend on Friday evening and there was no way I would have gotten up at 6am on Saturday to run. That would just be crazy. Anyways, Jamie was kind enough to run with me even though she is super fast! For the record, it was 80 degrees at 6am with humidity, which yours truly here is not used too. The first 3.5 miles I felt strong and was able to stay at a decent pace. Thankfully the Trolley Trail is flat and mostly dirt.  After we turned around, the sun started cooking. I had already gone through 70% of my camelbak and knew dehydration was a concern. We definitely stopped to walk and stretch to keep cramping at bay. I am not exactly sure what happened over the next 2 miles, but somehow we kept chugging along. The last mile was brutal. We had .4 left to go and I wussed out and had to walk .2 of that iddy biddy distance. Major lame. Jamie was a great running partner and kept saying we’re almost there! We finished and chugged 9 barrels of water afterwards. Running in heat sucks balls. Period. 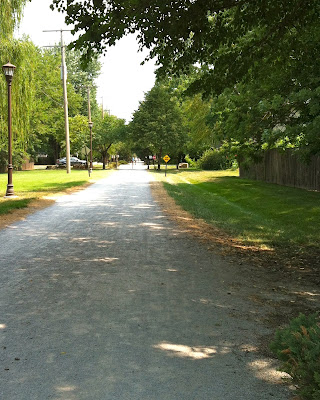 Saturday: 3 miles – After Friday’s run, I knew I wanted to run indoors. Enter, Woodside’s inside track. I almost kissed the tracked when I walked in the door. I have never been more excited to run on a flat surface. Plus, the air conditioning never felt so good. I knocked out three miles in no time without over heating. It was fantastic. 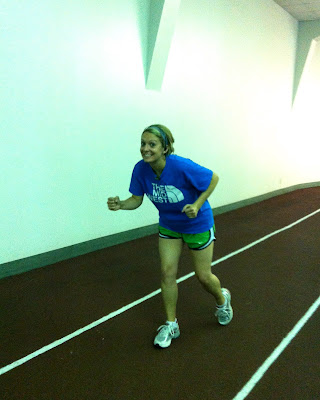 Sunday: Cross Train – Rest. I had to travel back to Denver leaving no time time for a bike ride or yoga. I really need to work on not skipping this part of my training.
Total Miles: 19
Catching up:
Week One
Week Two
Week Three
Running
6 Comments »