Have you ever eaten naan, the buttery delicious bread that hails from India? Most people first taste naan at an Indian restaurant. But. . .not yours truly. 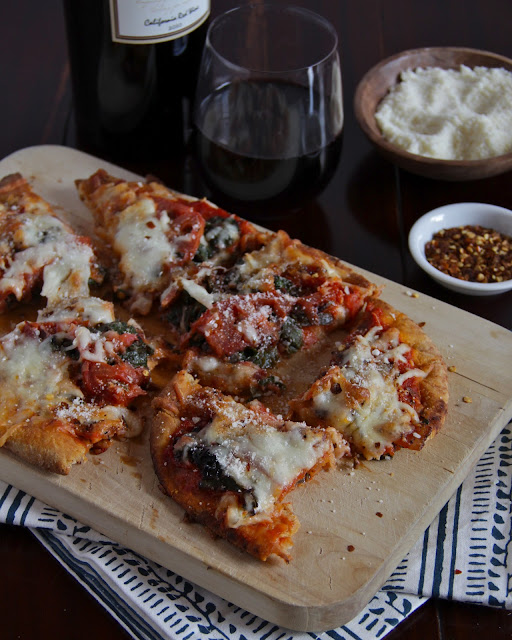 See, naan and me have an odd relationship. The first time I ever laid eyes on this bread, I was shopping at Whole Foods. I was strolling through the isles bantering with myself about whether to make meatballs or tacos for dinner. Meatballs are delicious, but tacos take 15 minutes to make. Sometimes these discussions escalate in volume and people in the aisle begin to scatter like mice. Don’t be like me.
As I stood in the ethnic food isle all by my lonesome, I noticed out of the corner of my eye a tiny package. Curious, I pushed my cart forward and reached down to grab what appeared to be bread shaped like a giant egg. I chuckled to myself, “Easter is like six months away. Silly Whole Foods.” 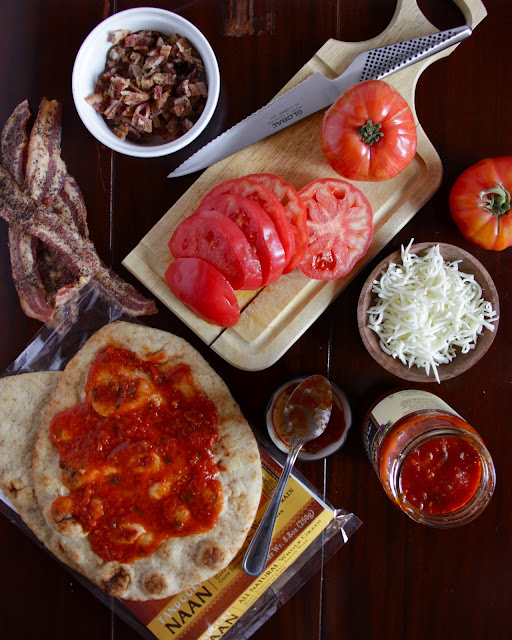 After reading the front of the package further, I quickly realized that this bread had nothing to do with he resurrection of Christ, but instead, a popular bread eaten in India. My conversation continued with myself, “Hmmmm…this is interesting. What the heck do you do with it?” If I only had the patience to read things all the waaaaay through, I would be so less confused. Don’t be like me.
On the back of the package it clearly states “one can use for dipping, sandwiches, and pizza.” Pizza???? You should have seen me. My eyes lit up like a firework display at a NASCAR final. In case you didn’t know, I am a huge lover of all things pizza. Quick side story, my parents met while working at the same Pizza Hut. Clearly, pizza is in my DNA.
Back to the naan.
As you can imagine, once I read the word pizza, meatballs and tacos were 86’d for dinner. I threw two packages of naan in the cart and raced to the pizza isle to gather the rest of the supplies. I felt like a mad scientist gathering supplies for my laboratory. Red sauce, check. Cheese, check. Vegetable toppings, check…check! When I arrived home, I quickly turned on the bunsen burner stove and began to assemble. There may have been a mad “Muahahaaha” laughter somewhere in between the spreading of the red sauce and the topping of cheese. Don’t be like me. 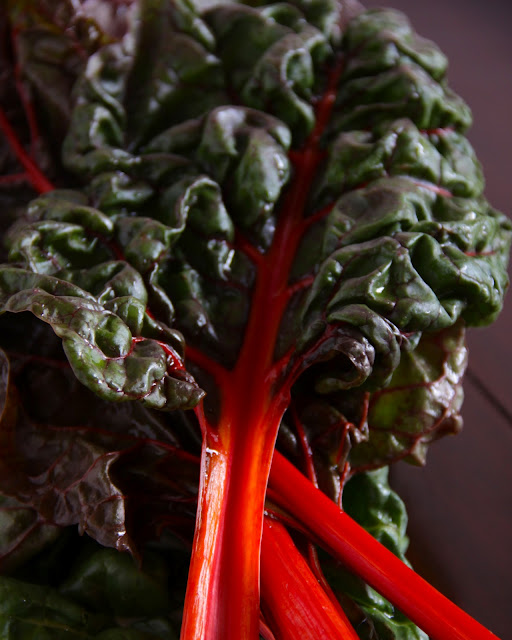 Once assembled, I put the naan pizza into the oven and waited. 15 minutes felt like a lifetime. Finally, I heard a DING!  I pulled the bubbling, golden pizza from the oven. I let it cool. How? Haven’t a clue. But once it finally reached a non-lava temp, I took my first bite. I have never tasted something so buttery and cheesy. Where has this been all my life?
From then on, I’ve made a bunch of different types of naan pizza. I am a sucker for the standard sausage and peppers, but it’s good to mix things up. You should definitely try this one. If you don’t have heirloom tomatoes, you can sub for regular. If you can’t find rainbow chard, try spinach, but whatever you do, don’t forget the bacon! Be like me and keep some in a box entitled in case of emergency. You won’t regret it. 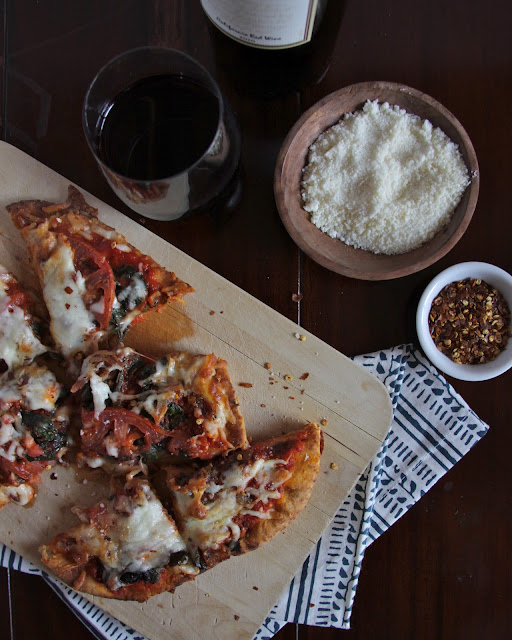