“Another day, another dollar”…..

This is a line from a song that Chris Knight a musician that Mr. B introduced me to awhile ago and if you haven’t heard of him start googling. The song reminded me of this weeks training because it felt like another day, another run.  In some way I wasn’t surprised to have this feeling of boredom. It has almost been two weeks since I have seen Mr. B, and not having a running partner sucks.

Literally, every run felt like I was just going through the motions. My mind wandered which meant I didn’t work on my form or really push myself. Shame on me, I know. But I should be back in working order because Mr. B returns on Saturday, which means we get to do our long run together. Yipppeee!!!

Alright, on to the good stuff.

MONDAY:
Me: 5 miles. Since I did my long run on Saturday, I decided that I needed to ‘hit it hard’ on Monday. It rained all day so I was little worried that I wouldn’t be able to run (btw…body pump was canceled just in case you were wondering). Well, I got lucky and the rained stopped and the weather was perfect, sixty degrees and partly cloudy. I started off thinking let’s shoot for 4 miles, but by the time I hit mile three I was ready to rock. My run wasn’t in record time, but I kept a good pace and felt strong, which is really all I wanted to accomplish.
Mr. B (his voice): Rest. Legs were tired but not sore. Noticed some new little aches, but nothing to fret about considering I did a 3 mile hike after running on Sunday. 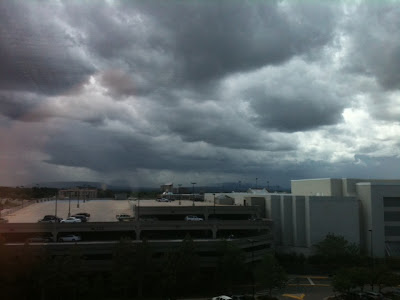 TUESDAY:
Me: 3 miles. I ran before kickball on my usual running route. This run was ridiculous. I was tired, my legs felt heavy, and I just wanted to get to kickball. There was nothing sexy about this run at all.
Mr. B: 3 miles. Great morning run! I was a little tentative about this one but once I was moving everything went well. The morning temps finally cooled down a little and there was zero humidity. It took a few miles to work the kinks and my left Achilles was a little tight, but I attribute that to standing around in work boots all day.

WEDNESDAY:
Me: 10 mile bike ride. Check out my recap here.
Mr. B: 4 miles. Excellent four miles. I was actually planning on running 5 but I as feeling some pressure to get to work early and get things sorted out so I could head home Thursday. Another cool morning, but the humidity had noticeably increased (it’s amazing how much I’ve started to notice the little things when running). In retrospect, I should have just done the 5 because I’m still here and a few extra minutes wouldn’t have made a difference. 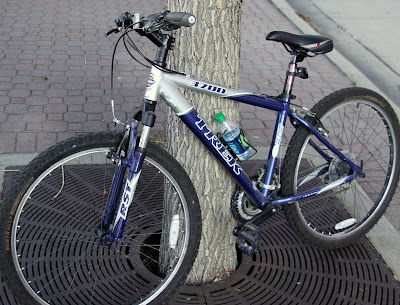 THURSDAY:
Me: Rest.
Mr. B: I really didn’t want to rest today, but I was a little grumpy about not going home and was eager to get to work and start solving problems! Guess I’m a problem solving junkie. When things go well, life is boring.

FRIDAY:
Me: 3 miles. I was extra chipper this morning because I knew I would see Mr. B tomorrow. This run was quick, straight to point because I had a bazillion other things to do.
Mr. B: 3 miles. I was beat and running didn’t sound very attractive, but that’s why it’s called training. If it didn’t suck someone would have come up with a better name like “funning.” Truth be told I went to sleep thinking I’d just skip this one. When the alarm went off and I saw the purple and orange morning light peeking through the window begging me to go and run, I couldn’t resist. It was an awful run. 3 miles felt like 30 and I actually stopped and stretched at 2 miles, but it still felt great. You just can’t find a better way to get your day started. 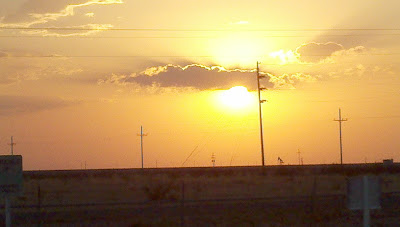 REFLECTION:
Me: Having a running buddy makes the biggest difference in the WHOLE world. If you can find someone to run with, even if it’s only for a mile, do it!
Mr. B: When you walk into a restraint and instead of being greeted with “how many?” or “just one?” you get “your table is open”, it’s time to get the hell out of Dodge. This week was a good running week. A year ago if you told me that missing an early morning run would seem like a let down I would have called B.S. Just another example of why you can never say never.

Editors Note: For those of you that don’t know us very well, time apart plays a big role in our lives. We usually don’t share this much about it, and it hasn’t been featured like this in the past (mostly because it’s a boring topic), but since it ties into the training aspect we thought we’d try out the dual recap format and see what people thought.

So….what do you think? Should we do it again next time?