stud muffins vs pub on pen

Must fight urge to shut eyeballs. Where’s the scotch tape?

Ooops. Did I just put you to sleep?

Hold on. Give me two minutes.

Even though I could loose consciousness at any second, I must tell you about our kickball game.

Tonight, was our first late game. Not a huge fan of these games but it actually turned out in our favor because it was a trillion degrees today and if we played at 6pm, my face probably would have melted.

We played Pub on Penn.

This team was good. Even the pirate looking guy was athletic. 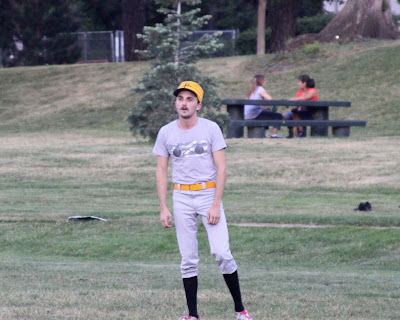 This was one of those games that no matter how you kicked the ball it was always caught. Pub on Penn lead the entire game so needless to say we were frustrated.
I hate these games.
Errr. 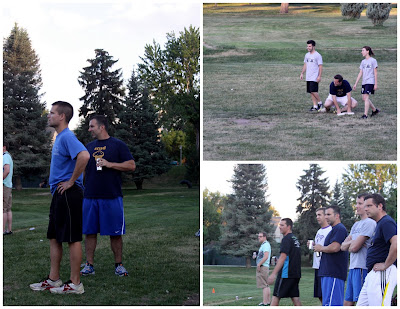 I was glad to have the in-laws at the game because they made me remember to smile and not take kickball life too seriously.
Chuck and Susie are in town until Thursday, and then the whole Griswold family is meeting up in Steamboat on Friday to celebrate the 4th. I am very fortunate to have cool in-laws. We were short on girls so Susie stepped up and played catcher. She rocked! I mean come on, what other mother-in-law would travel eight hours from Wichita, KS and then play kickball? She’s awesome! Thanks Susie!
Even though we lost, we had to eat so we headed to Moe’s. Chuck and Susie were impressed especially with the fried green tomatoes. Susie is from the South so the fact that she said the tomatoes were delicious, you knew they were legit. 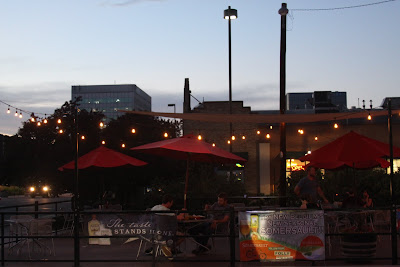 Okay, I am off to bed. Big week ahead and there is much to do.