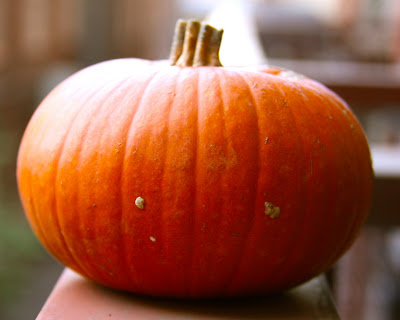 – Pumpkin seeds are high in protein? 12 grams of protein in one serving to be exact.

– Adding pumpkin to your diet may help mild to moderate facial acne? Pumpkins are packed with zinc, which has anti-inflammatory and antibacterial properties that may help calm irritated skin from the inside out.

– The largest pumpkin pie ever made was over 5 feet in diameter and weighed over 350 pounds? It used 80 pounds of cooked pumpkin, 36 pounds of sugar, 12 dozen eggs, and took six hours to bake.

– The word pumpkin originates from the word pepon, which is Greek for “large melon.”
(source) 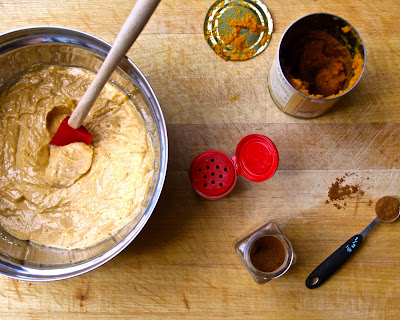 Forget cheese, peanut butter, bacon…wait. I almost got ahead of myself. Please forgive me. For the record there is nothing better than bacon. Period.
Whew. That was a close one. 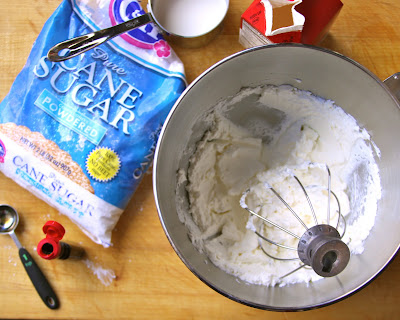 Alright, where was I? 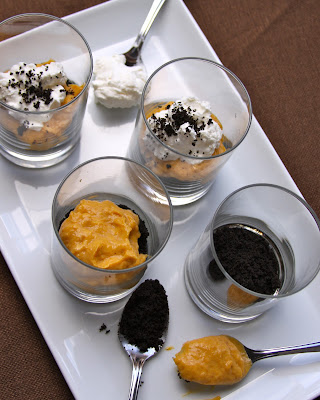 Oh yes, pumpkin. Look, I know it’s fall and you’re probably sick of hearing about pumpkin from the foodie world, but it’s one of my favorite ingredients. In all honesty, I want to share this recipe with you before the talk of turkey and sugar cookies become main topics. K?

I found this parfait recipe the other day while I was trolling the foodie internet. Can I just say, whoever invented parfaits is a genius! And the person who invented Pinterest, but that’s for a different post. 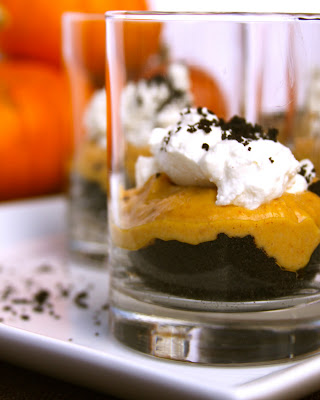 Time because this dessert can be made in less than hour and it looks like it took you twelve. Food because pumpkin and oreos are a culinary jackpot. And finally fingers. Yes, fingers. Fingers because the three bowls it takes to make this recipe will have you licking every single finger because it’s that good. 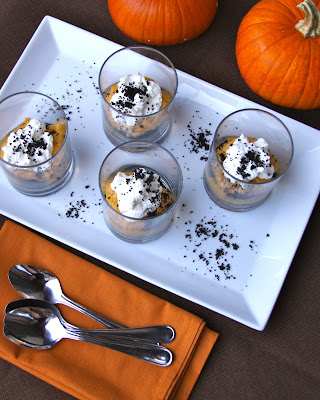 Now, who’s with me to make the largest pumpkin parfait? Anyone? Bueller?

Pumpkin Parfaits with Oreos
(adapted from My Name is Snickerdoodle)

Directions:
Beat pudding, milk, sour cream, pumpkin puree, cinnamon and nutmeg in a medium bowl until combined. Chill for at least an hour in the refrigerator. In a mixer with a whisk attachment, whip up whipping cream, vanilla extract and powdered sugar. Whip until stiff peaks form…be patient. Place Oreo cookies in a Ziploc bag and crush until crumbly. Pour Oreos crumbs in a bowl and add in melted butter. Place Oreo cookie crumbs into the bottom of each glass. Then place about 1/2 cup of the pumpkin mixture on top of that. Top with whipping cream and cookie crumbs. Serve immediately.