a dust of snow

The first thing I heard when I awoke this morning was my alarm going off, followed by our local DJ saying…

“Um, yeah. I don’t even know where to start (sigh). There are at least seventeen reported accidents surrounding the Denver metro area. Plan on it taking at least an hour to get to work.”

I have never heard someone sound so stressed.

Who knew that a dusting of snow could throw so many people off course, including a DJ and his traffic report?

Good thing I didn’t have to drive on the highway this morning. Talk about an effing madhouse. I have mentioned before on CGM the amount of people that can’t drive in the snow here. It’s truly amazing. I really think the state of Colorado needs to offer a crash course on how to drive in the snow to any of it’s new residents, especially if they are from Texas or California.

Anyways, I’m lucky that my commute is only 10 minutes and I can get to work via a major thoroughfare. The traffic wasn’t bad at all this morning considering we got almost six inches of snow last night. I took a couple of pictures on the way to work.

I love when it snows because everything becomes placid. 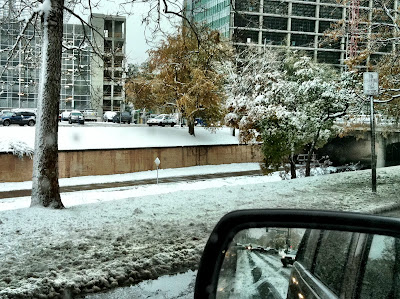 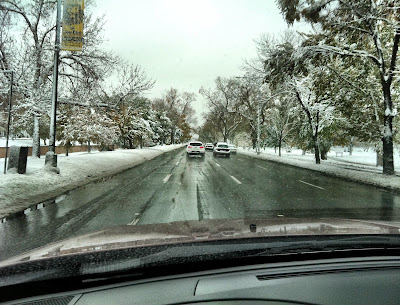 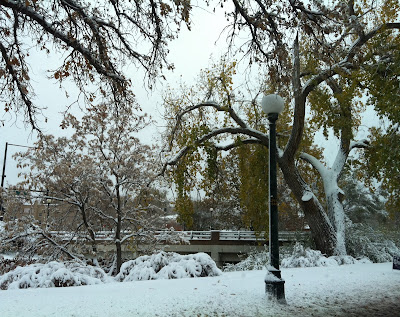 Other than the highlight of not having to travel on the highway this morning, I did manage to pick up my first holiday cup from Starbucks! 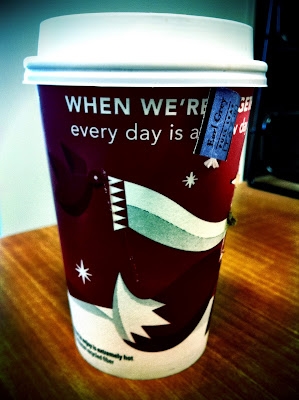 I was super tired this afternoon and decided to stroll over to SBUX’s for a little Earl Grey Tea pick-me-up. Best decision of the day fo’ sure! I am not a big fan of drinking tea in general, but for me, it’s a better option than drinking coffee. I leave my coffee drinking skills to the morning. Amen.

For some reason, I was looking forward to making dinner all day today.

(Okay, I was really just looking forward to sipping some red wine, while catching up with Mr. B. Love that guy.) 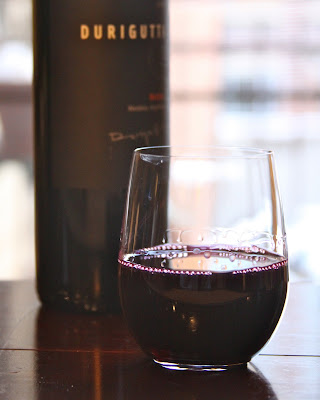 Anyways, I picked up a couple of parmesan crusted pork chops from Whole Foods the other day. 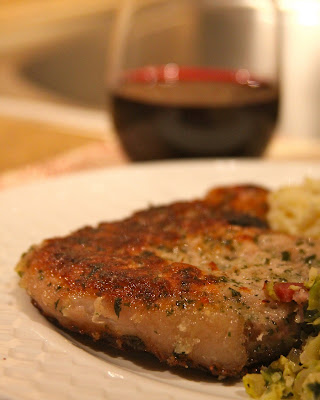 Alongside,  I made a brussel sprout hash. I took this method, and instead of chopping it by hand, I used the food processor and added bacon. Oh yeah. Simple. Easy. Delicious. 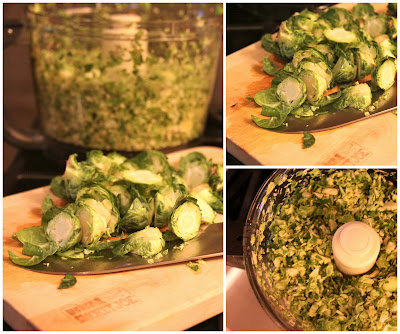 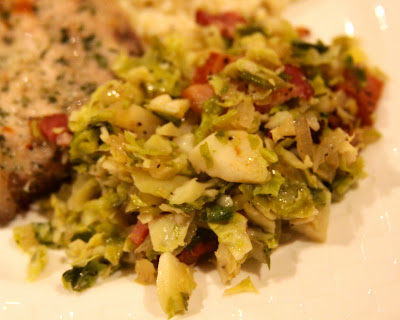 This was a perfect meal to end a long, cold day. 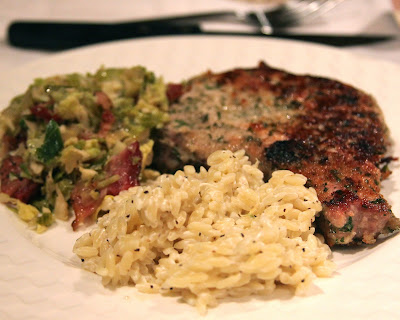 I’m thankful for being born and raised in Kansas. Hey….don’t give me the stink eye. Even though many people would say it’s boring and flat, I give the sunflower state two thumbs up! The sunsets are breathtaking. The people are hospitable, and the best part, it’s the home of my alma mater. Go State! still an hour ahead, no wait…behind?