How was your first day back from the holiday break?

Hopefully not too rough.

I am usually the worst with reentry, especially with heading back to work. I was positive this morning I would have to drag my tookus out of bed and keep my eyeballs open with scotch tape. But no dragging or taping occurred. Weird. I woke up well before the alarm went off and felt ready for the day.

Was there a full moon last night? Am I in an alternate universe? You would tell me, right?

Since I had more time than usual this morning, I actually sat at our kitchen table, caught up on the news, and leisurely sipped my cup of joe. It.was.glorious. 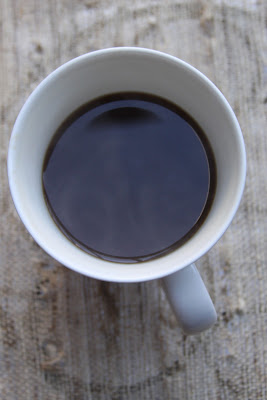 I also did a couple loads of laundry, and unpacked. You have no idea how good it felt to have a relaxing morning that was productive. Wait. Does that make sense?

Anyways, after my productive morning I headed to work. As I was driving down Speer Boulevard, minding my own business, a huge gust of wind with blowing dirt came out of nowhere making the road nearly impossible to see. Crazy-town. I know that wind gusts in Denver can get pretty wild sometimes, but I have never seen anything like this before. I thought for a second that I might get picked up and twirled around like Dorothy in the Wizard of Oz.

Not only was it super windy, the clouds were acting strange as well. Over the front range all you could see was what resembled a funnel cloud that went on for miles. Can you have a tornado in November? 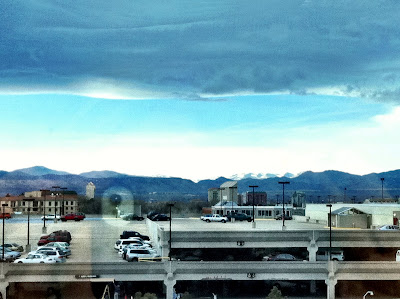 I am sure there is a some “scientific weather term” for what happened today, but I have a feeling that a green faced woman may have been the culprit… 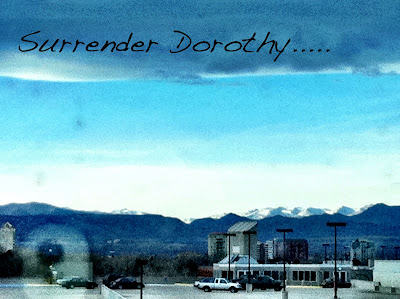 After work, I debated on whether or not to go for a jog. Given todays weather events I thought I might head to body pump, but as soon as I walked outside the wind stopped. No joke. At this point I just gave up trying to explain what the heck was going on with Mother Nature, and decided since it was still sixty degrees outside to head to Wash Park.
I had a great run. It felt good to stretch the legs, breathe some fresh air, and sweat out any of those Thanksgiving toxins.
Once home, I finished up some stuff around the house, and then started to pull our holiday decorations out of storage. Mr. B and I are planning on putting up our Christmas tree on Friday, but I wanted to make sure we had everything before I went bananas decorating.
You would be happy to know that I picked up a ton of Christmas cd’s this weekend at Target. Tonight, I have been jamming to this guy… 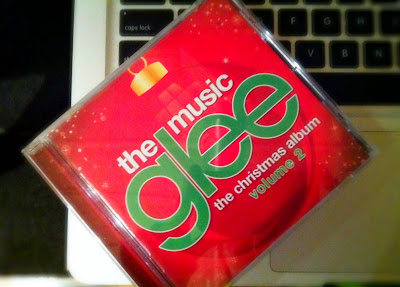 Mr. B and I are trying to catch up on our DVR. How the hell do we have so many shows? Geesh. Is your DVR full? 26% memory left can’t be a good thing…right?
Oh well, have a gleeful night!

Today I am thankful for Christmas music because without “All I want for Christmas” and “Jingle Bell Rock” the holiday season wouldn’t be the same!

I’ve Been Workin My Way Back To You Another Day at DIA